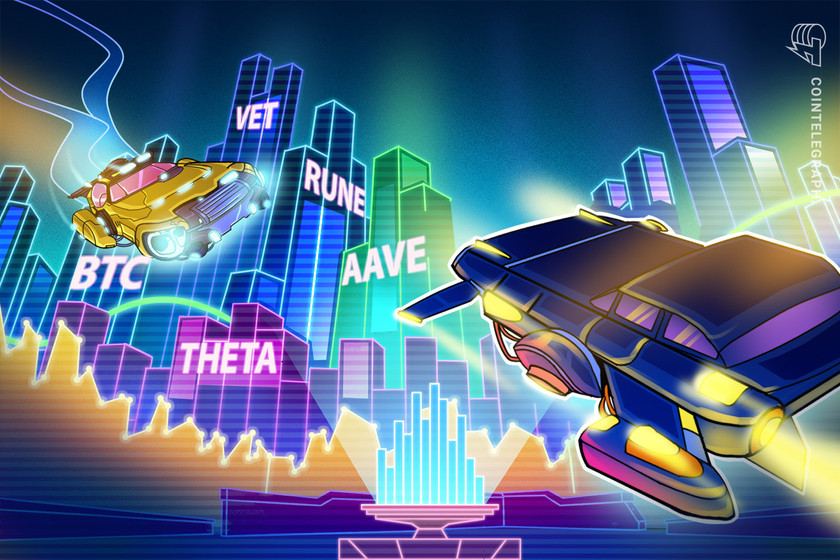 Bitcoin (BTC) is attempting to hold above its closest support level, and traders are watching to see if the price can remain strong and close above the 2022 yearly open price at $46,200 for the second week in a row.

April has historically been the best performing month of the year for the S&P 500, according to Sam Stovall, chief investment strategist at CFRA. If history repeats itself and the close correlation between the United States equity markets and Bitcoin continues, it could bode well for the crypto markets in the near term.

Another sentiment booster could be that the 19th million Bitcoin entered circulation on April 1. For the remaining 2 million BTC, the crypto markets will have to wait for a long time because the last Bitcoin is expected to be mined by 2140. This could shift focus on how only a small quantity of Bitcoin is left to be mined and its growing demand could lead to scarcity and boost prices higher.

Could Bitcoin hold above its critical support and, if it does, will altcoins rally? Let’s study the charts of the top-5 cryptocurrencies that may extend their recovery in the short term.

Bitcoin is witnessing a tough tussle between the bulls and the bears near the important level at $45,400. The bears tried to pull and sustain the price below this level but the bulls held their ground. This suggests that the bulls are attempting to flip the level into support.

The upsloping 20-day exponential moving average (EMA) of $44,333 and the relative strength index (RSI) in positive territory indicate the path of least resistance is to the upside. The critical level to watch on the upside is the 200-day simple moving average (SMA) of $48,276.

If bulls thrust the price above this barrier, the BTC/USDT pair is likely to pick up momentum. The rally could face minor resistance at the psychological level at $50,000 but if this level is crossed, the next stop could be $52,000.

Contrary to this assumption, if the price turns down from the current level or the overhead resistance, the bears will again try to pull the pair below $45,400 and the 20-day EMA. If that happens, the pair could drop to the 50-day SMA of $41,615.

A break and close above the channel could signal the resumption of the uptrend. Alternatively, if the price turns down from the downtrend line, the bears will attempt to sink the pair to $44,000. If this level cracks, the decline may extend to $42,594.

VeChain (VET) surged above the overhead resistance at $0.07 on March 27 but the bears stalled the recovery at the 200-day SMA of $0.09. A minor positive is that the bulls have not allowed the price to slide below the breakout level at $0.07.

If the price turns up from the current level, the bulls will make one more attempt to clear the overhead hurdle at the 200-day SMA. If they manage to do that, it will suggest a possible change in trend. The VET/USDT pair could then rally to $0.10 and later to $0.13.

The rising 20-day EMA of $0.06 and the RSI in the positive territory indicate an advantage to buyers. This bullish view will invalidate if the price turns down and breaks below the 20-day EMA. Such a move could pull the pair to the 50-day SMA of $0.05.

The 20-EMA has flattened out and the RSI is near the midpoint on the 4-hour chart, indicating a balance between supply and demand. If the price breaks above $0.08, the bulls will attempt to propel the pair above $0.09. If they do that, the pair could extend its up-move.

Conversely, if the price turns down and breaks below the 50-SMA, the pair could drop to the critical level at $0.07. If bulls flip this level into support, the pair will again try to rise above $0.09. If the support at $0.07 cracks, the bears may be back in the game.

Theta Network (THETA) has been range-bound between $2.50 and $4.40 for the past several weeks. The bulls attempted to push the price above the overhead resistance but failed. This suggests that the bears continue to defend the level aggressively.

If the price does not break below $3.80, it will suggest that traders are not closing their positions in a hurry as they expect the up-move to continue. The upsloping 20-day EMA of $3.54 and the RSI near the overbought zone indicate that the path of least resistance is to the upside.

If buyers drive the price above the overhead zone between $4.40 and the 200-day SMA of $4.77, it will signal the start of a possible uptrend. The THETA/USDT pair could then pick up momentum and rally to $6.00.

Contrary to this assumption, if the price slides below the 20-day EMA, the next stop could be the 50-day SMA of $3.17. Such a move will suggest that the pair may remain range-bound for a few more days.

The 4-hour chart shows that the bears have repeatedly thwarted attempts by the bulls to thrust the price above the overhead resistance at $4.40. The 20-EMA has flattened out and the RSI is near the midpoint, indicating a balance between supply and demand.

If the price slips below the 50-SMA, the short-term advantage could tilt in favor of the sellers. The price could then drop to $3.50. On the other hand, the bulls will gain the upper hand if the price breaks and sustains above the overhead resistance.

THORChain (RUNE) has been trading inside a large descending triangle pattern for several months. The sharp rally of the past few days pushed the price to the downtrend line of the triangle, where the bears are mounting a strong resistance.

If the price turns down from the current level, the RUNE/USDT pair could drop to the 20-day EMA of $9.75. This is an important level to watch out for because if the price rebounds off the 20-day EMA, it will suggest that the sentiment remains positive and traders are buying on dips.

That may enhance the prospects of a break above the downtrend line. If that happens, the bearish triangle setup will invalidate, which could be a bullish sign. The pair may then rally to $17.

This bullish view will be negated in the short term if the price turns down and breaks below the 20-day EMA. That could pull the pair down to the 200-day SMA of $7.88.

The 4-hour chart shows that the pair is facing strong resistance near $13. A minor positive is that the bulls have not allowed the price to dip and sustain below $11. Therefore, this becomes an important level to keep an eye on.

If the price breaks below this support, the pair could drop to the next major support at $10. Conversely, if the price rebounds off $11, the buyers will again try to resume the uptrend by driving the pair above the overhead resistance.

Aave (AAVE) broke out of the downtrend line on March 29, indicating a potential change in trend. The bears tried to stall the recovery at the 200-day EMA of $226, but the bulls did not give up much ground.

If bulls drive the price above $262, the rally may extend to the psychological level at $300. The bears may mount a stiff resistance at this level, but if bulls overcome this barrier, the up-move could reach $350.

This bullish view will invalidate in the short term if the price turns down and plummets below the 200-day SMA. The bears could then pull the price to the 20-day EMA of $187.

The 4-hour chart shows that the bulls are buying the dips to the 20-EMA. If bulls push the price above $261.20, the uptrend could resume. This rally could face resistance in the overhead zone between $283 and $300.

The RSI is showing signs of a negative divergence, indicating that the bullish momentum may be weakening. If the price turns down and breaks below the 20-EMA, it will suggest that the short-term bulls may be booking profits. That could sink the pair to the 50-SMA.

The views and opinions expressed here are solely those of the author and do not necessarily reflect the views of Cointelegraph. Every investment and trading move involves risk, you should conduct your own research when making a decision. 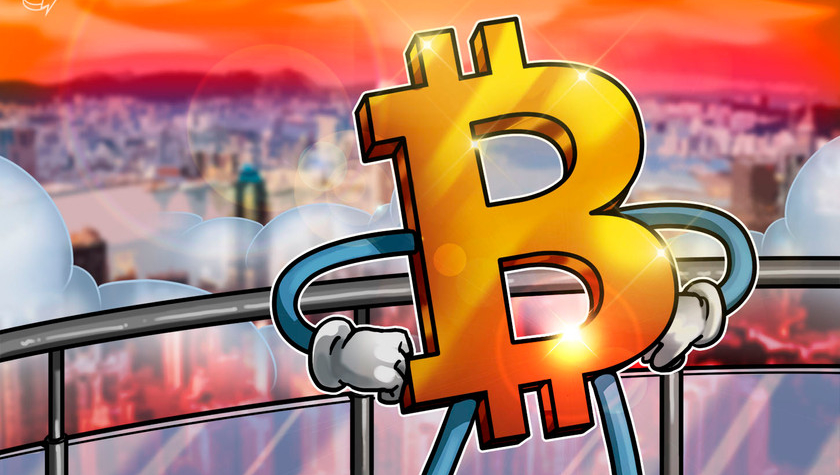 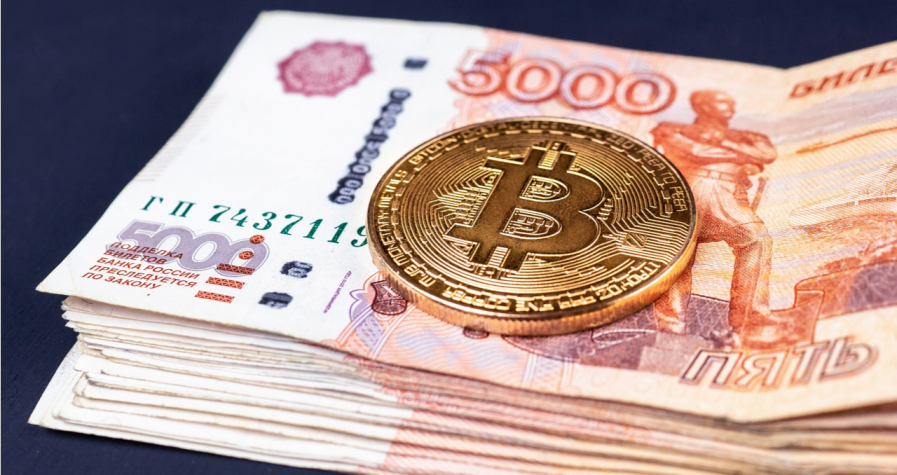