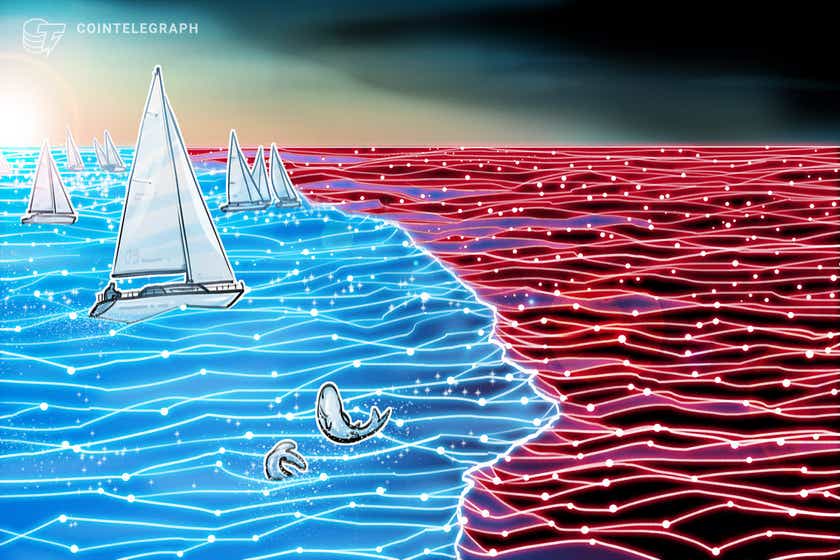 Every day, people are seeing “live” why sanctions matter. “Everyone is starting to rethink the importance of compliance and crypto.”

Whose side are you on? The Ukraine-Russia war is forcing people to answer that question. For some in the crypto community, this can be uncomfortable because if an individual or project stands with the West against Russia, it also means it abides by sanctions. This can be tough to square with crypto/blockchain’s supposed decentralized system and its claims on being borderless, censorship-free and distributed.

Take OpenSea, the NFT marketplace, which really isn’t a decentralized project but is often described as such. “OpenSea is a decentralized peer-to-peer marketplace for buying, selling and trading rare digital goods,” according to CoinMarketCap, for instance.

But, when OpenSea recently banned Iranian users from using its NFT trading platform — explaining it was only abiding by United States sanctions law — it provoked outrage among some NFT collectors. Documentary photographer Khashayar Sharifaee tweeted:

This raises questions: Is the public and governmental officials now more keenly focused on crypto-regulation, especially with the outbreak out of the Russia-Ukraine war? OpenSea incensed many in its community by banning Iranian users, but did it have a choice?

Further, while large United States-based crypto-related companies like FTX, Coinbase, OpenSea and Consensys have to abide by U.S. sanctions and regulations, what about decentralized projects without any easily identifiable headquarters, leaders or national affiliation. Will or can they comply, too, or do they get a pass?

Finally, there’s a longer-term question: Will we ever have a truly decentralized marketplace? Won’t the cryptoverse inevitably have to compromise at least somewhat with centralized institutions like sovereign governments?

“Governmental authorities have definitely taken more interest in crypto-regulation as of late,” Cory Klippsten, CEO of Swan.com, told Cointelegraph when asked about recent events, adding that serious regulatory discussions have been ongoing for many years now. “Still, the Russia-Ukraine War has pushed crypto into the spotlight, which is why we are seeing more public interest concerning these crypto-regulatory developments.”

“Everyone is starting to rethink the importance of compliance and crypto for a number of reasons,” agreed Carlos Domingo, founder and CEO of Securitize, told Cointelegraph. “We are seeing live, right now, the importance and effectiveness of sanctions” in connection with the war.

U.S. regulators are putting pressure on the biggest players in the crypto space to comply. “And now, also, somewhat decentralized crypto platforms,” said Markus Hammer, an attorney and principal at Hammer Execution consulting firm, told Cointelegraph. Maybe that’s why OpenSea came down hard on Iranian users last week, even though Iranian sanctions were reimposed in 2020.

“As regulations appear to be imminent, companies like OpenSea are trying to protect themselves by ensuring they’re compliant with any potential regulations coming down the pipeline,” said Klippsten, adding, “that’s why you’re seeing them ban Iranians.” Cointelegraph sought comment from OpenSea for this story but received no response.

Will one start to see more projects such as Binance or FTX that were vague about their geographic homes become clearer about where they are based? Will others declare, like OpenSea last week: “We’re a U.S.-based company” that must “comply with U.S. sanctions law?”

We’re truly sorry to the artists & creators that are impacted, but OpenSea is subject to strict policies around sanctions law. We're a US-based company and comply with US sanctions law, meaning we're required to block people in places on the US sanctions lists from using OpenSea

“I’m not sure that OpenSea tried to hide their location,” answered Domingo. “Most people knew that the CEO and other employees were based in New York.” He also added, for the record, “I don’t see OpenSea as a decentralized project at all. I think it is pretty centralized, similar to Coinbase, Binance and FTX.”

Rather, what we are seeing now is that increasingly “regulators care about fraud and illegal activities committed against their citizens and businesses, and they are increasingly willing to pursue enforcement action anywhere in the world, such as in the case of BitMEX,” said Domingo.

Still, many in the crypto community see betrayal in OpenSea’s actions — blockchain-based projects are supposed to be censorship-free, after all. Was it fair that an Iranian artist, who has nothing to do with his government’s action, is now denied a platform to sell his digital art?

“OpenSea has to comply with U.S. sanctions rules and laws like any other centralized U.S.-based company,” said Klippsten. “By contrast, a decentralized project like Bitcoin has no leader and is truly permissionless. It’s impossible to ban users or comply with sanctions when no one can unilaterally control the project.”

It doesn’t make things easier that there are different sorts of sanctions regimes. The sanctions imposed by the U.S. against Russia, for example, are targeted. That is, they don’t apply to most ordinary Russians but rather financial concerns and Russian elites — including oligarchs. The U.S. Iranian sanctions, by contrast, affect all users based in Iran.

Parties can also differ in their interpretations of the sanctions. Iranian artist Arefeh Norouzii, who was “deplatformed” by OpenSea, for example, while an Iranian citizen “is not even domiciled in Iran,” said Hammer. “In that case, I would argue the legal basis for OpenSea’s decision to deplatform Arefeh based on their terms is not in line with the relevant sanctions.”

According to Domingo, “OpenSea would be committing a crime by processing transactions from people living in Iran, and it’s as simple as that,” adding:

“I know it seems unfair that people in sanctioned countries are impacted in this way since they are not responsible for their governments’ actions, but this is what the U.S. government has decided is the best way to protect its citizens and interests.”

Is it fair to say, given recent events, that some entities are not as decentralized as they claim? “Some infrastructure services are more centralized than they may seem at first glance,” Fabian Schär, professor in the business and economics department at the University of Basel, told Cointelegraph, although users have other options even if projects are not fully decentralized. “They can simply run their own full node and use alternative user interfaces.”

According to Hammer, many of these “somewhat decentralized” platforms didn’t even think about financial market regulations until recently. “They thought themselves in the supposedly safe ‘decentralized’ space and never considered that over time they might get caught up in market regulation of the traditional financial world.” It’s catching up with them now, however, particularly crypto exchanges with fiat ramps, he added.

“The tools are there and they are getting stronger and more and more effective,” said Hammer. A prime example is how Chainalysis’ forensic tools were used recently to identify the malefactor behind the famous 2016 hack of The DAO, he added.

“It’s very easy for companies to comply with regulations if they want to,” agreed Domingo. “There is no lack of tools or technology and, in fact, it seems that some ‘decentralized’ projects are already doing this.”

Software solutions do exist, said Schär, “and any party that bridges between traditional finance and decentralized finance is required to be compliant with Anti-Money Laundering regulation and the sanction lists.” Because their entire business model depends on access to traditional payment systems, Schär doesn’t think they will put this access at risk.

Of course, some entities will play regulatory arbitrage for as long as they can, said Domingo. But, this is a shortsighted strategy because “even though technology moves faster than regulation, eventually regulation catches up.”

“There are no special privileges, no external dependencies and no one in charge who could even make these decisions.”

Such projects are basically up and running forever — they can’t be regulated directly. For that reason, “policymakers and regulators should focus on on- and off-ramps and use indirect regulation,” added Schär. While, according to Hammer, decentralization is achievable provided an organization follows two principles: It deploys open-source code and is governed by a decentralized autonomous organization, or DAO.

But, perhaps there will always be some limitations on behavior even among decentralized entities, and projects will inevitably have to compromise with centralized institutions like sovereign governments.

“Yes, that is how I see it,” said Domingo. “Finance will continue to become increasingly decentralized, but adoption will require safeguards to protect investors from scams and bad actors. We will eventually reach some sort of middle ground.” 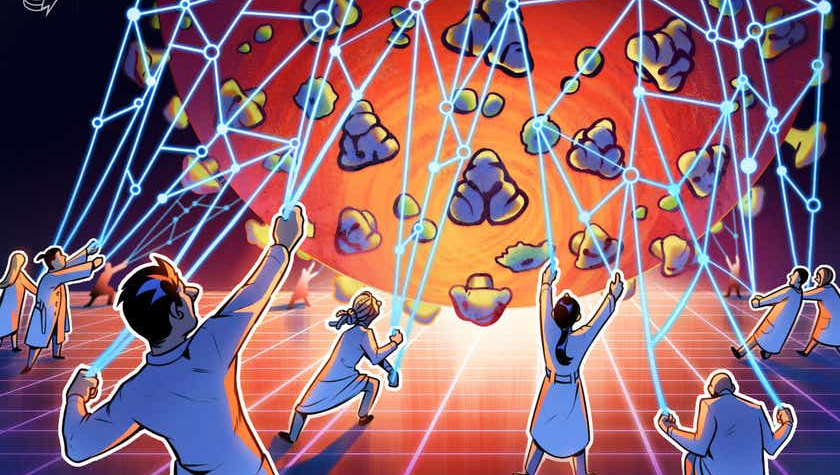 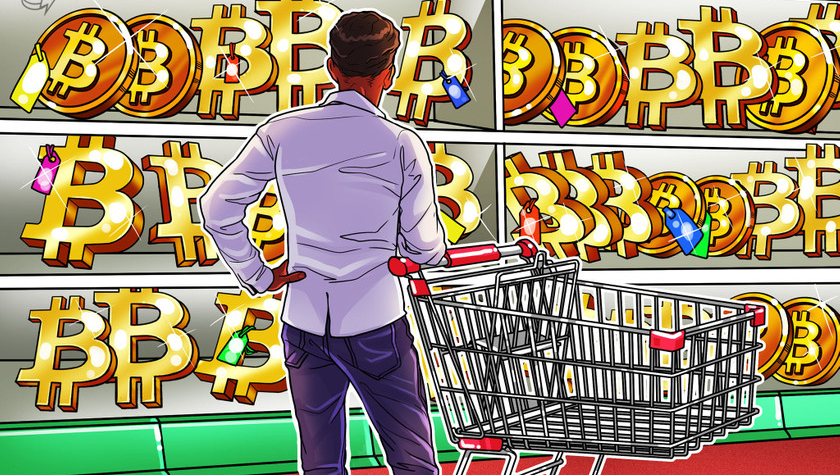 What determines the Bitcoin price?