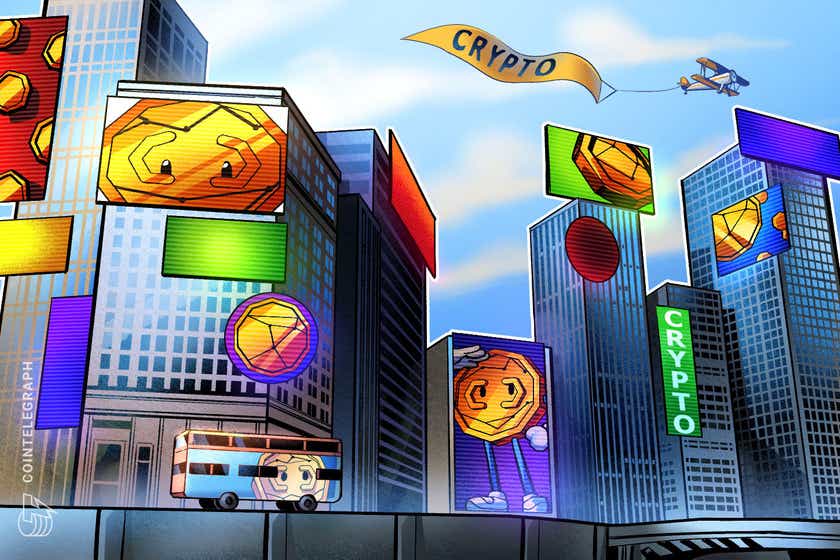 Cryptocurrency companies have impressive advertising budgets this year, but industry experts have differing opinions when it comes to marketing crypto.

Advertisements are in abundance everywhere we go — from billboards seen throughout road trips to commercials displayed every fifteen minutes or so during television shows. It’s also the case that most advertisements today display messages from major internet-based brands like Amazon, which was ranked as the largest advertiser in the United States in 2020. Telecommunication providers and payment giants like American Express have also been listed as some of the biggest advertisers in the United States. These companies typically spend billions of dollars per year on marketing messages aimed to inform, persuade and remind consumers about their products and services.

2022 is the year for crypto advertising

While dot-com brand commercials and social media advertisements continue to bombard consumers, some advertising executives believe that crypto companies will dominate advertising in 2022 and in the years to come.

Mark DiMassimo, founder and creative chief of DiGo — a New York-based marketing agency — told Cointelegraph that he believes crypto-focused ads will dwarf the dot-com and social media phenomenon due to the rise of Web3 and the integration of crypto assets within digital ecosystems known as the Metaverse.” DiMassimo said:

“This is not typical consumer language, but almost every startup I work with or LinkedIn job offerings I see mention the Metaverse and Web3 now. Cryptocurrency is central to all this. Therefore, I think this will be a bigger ad boom than the dot-com and social boom.”

DiMassimo added that the rise of nonfungible tokens (NFTs) has also increased the popularity of cryptocurrency. This, in turn, has allowed crypto companies to obtain large advertising budgets. “Many early adopters focused on word of mouth marketing or advertising through Reddit, Discord and other social channels. We’ve reached the next level though, which is being displayed through classic marketing and advertising techniques,” explained DiMassimo.

An NBC executive disclosed that NBC was selling 2022 Super Bowl ads for $6.5 million for 30-second spots to put this in perspective. Bloomberg reported that some ads sold for as much as $7 million this year. “Production values are going to ‘Mars’ and crypto companies want to have their voices heard in the real world,” said DiMassimo. As such, he believes that more crypto organizations will sponsor ads with celebrities or with sports stadiums to prove they mean business.

While the rise of crypto ads is notable, some industry experts are aware of the dangers associated with cryptocurrency companies promoting advertisements to the masses. For instance, Richard Smith, an investing expert and chief operating officer of risk management tool RiskSmith, told Cointelegraph that this year’s Super Bowl ads from crypto companies were a disappointment in the sense that they completely failed to be honest with their audience:

“These commercials didn’t disclose any risks involved with high levels of financial speculation. There was no recognition of risks at all in fact — only rewards. I understand that Super Bowl ads are supposed to be fun and lighthearted, but these were not authentic.”

Smith elaborated that the Coinbase Super Bowl commercial boasted the reward of getting free Bitcoin (BTC) simply by scanning a color-changing QR code, which silently moved across the television screen. When scanned, the QR code redirected users to Coinbase’s landing page that promoted a Bitcoin giveaway and sign-up promotions.

Smith added that eToro’s Super Bowl commercial promised users the ability of “going to the moon” by trading cryptocurrency and stocks.

While these commercials may have been captivating, Smith believes that in the long run, these advertisements will ultimately be disadvantageous to crypto companies due to what he believes is a lack of authenticity. “I think cryptocurrency is more about independence and transparency, and those who care about crypto will be turned off by these obviously pandering messages,” he remarked.

Smith was not the only one frustrated by 2022 Super Bowl advertisements from crypto companies. As Cointelegraph previously reported, United States Senate Banking Committee Chairman Sherrod Brown also blasted the ad-makers for not including appropriate warnings and risks involved. “I don’t think crypto ads should be bluntly disingenuous about the benefits of their product. People are getting hurt badly today because of the whole advertising-driven meme madness,” said Smith.

DiMassimo begs to differ, noting that the reason crypto Super Bowl ads generated criticism was that they resonated with the mainstream. According to DiMassimo, Super Bowl advertising isn’t about educating consumers in 30–60 seconds but rather about leaving people with a memorable feeling. He added:

“For example, with Coinbase and the QR-code, the idea was to get people to sign up and remember their exchange while also creating conversations. Coinbase increased the chances of this with digital repetition, so people will likely remember their brand over others. Emotions are more important in advertising than rational. I think we will most likely see more people sign up for Coinbase as a result.”

Rationale behind the advertisements

To DiMassimo’s point, many Super Bowl watchers did respond to the Coinbase commercial. Coinbase published a blog post the day after the event in which Kate Rouch, chief marketing officer for Coinbase, stated that the exchange saw over 20 million hits on its landing page in one minute. “Volume that was historic and unprecedented,” wrote Rouch. He added that engagement was six times higher than the company‘s previous benchmarks.

Unfortunately, Coinbase’s website crashed following its 2022 Super Bowl ad, resulting in a slew of additional issues. However, this technical mishap didn’t seem to create major issues for the cryptocurrency exchange. As Rouch wrote, “understandably, this volume led to us temporarily throttling our systems.”

While the Coinbase QR-code commercial created quite the scene during this year’s Super Bowl, Brad Michelson, head of U.S. marketing at eToro, told Cointelegraph that eToro views the Super Bowl as one of the best brand-building opportunities in the U.S. “This makes it the perfect opportunity for our brand to put a stake in the ground, particularly in the scope of the ‘crypto bowl’ that we saw this year,” said Michelson. In regards to eToro’s To the Moon commercial, Michelson explained that the ad showed how the company perceives social investing:

“It was especially important for us to include nods to the crypto community. But, it was also a priority to help make investing in these assets as approachable as possible. Our team was able to accomplish exactly that through this campaign.”

Michelson added that eToro has had a large crypto advertising footprint in the U.S. for the past few years, noting that the company has experimented across television, radio and print channels to reach new audiences. While this may be one goal, Michelson also mentioned that eToro believes education is the key to investing and will, therefore, be investing more time in this area moving forward. “Crypto is part of eToro‘s lifeblood and we plan to continue promoting the industry through our advertising into the future,” he remarked.

Smith expressed skepticism, however, remarking that crypto companies should be disclosing how blockchain technology makes digital sovereignty possible, rather than pushing out ads for free Bitcoin that may invoke fear of missing out, or FOMO. With this in mind, Smith mentioned that one crypto company did connect more with users in his opinion. He noted that Binance’s Jimmy Butler ad that appeared before the 2022 Super Bowl across social media channels was less about hype and more about trust: “This is what crypto is about.”

Indeed, Binance’s 30-second social media ad featured American basketball star Jimmy Butler who stated that he doesn’t know much about cryptocurrency. Butler added that Super Bowl watchers should always do their own research, regardless of what advertising messages say.

Patrick Hillman, chief communications officer at Binance, told Cointelegraph that while Binance looked at the opportunity to run an ad during the 2022 Super Bowl, the company decided against it and instead launched its message on social channels before the game:

“The actual return on investment of Super Bowl ads is tough to gauge. Most companies want to do this for brand awareness, which isn’t our goal. I also think it’s bizarre to advertise Web3 and blockchain in between beer and Coca-Cola ads.”

Hillman added that while most crypto campaigns are celebrity-driven to create brand awareness, Binance aims to focus more on addressing education for new users through channels like Twitter, Discord and Telegram. “We are taking a different approach from many of our peers. The crypto industry has no ceiling when it comes to innovation. There are a lot more new users now than educated users, so finding ways to effectively educate these individuals is important,” he said.

And, although Binance’s “unofficial” 2022 Super Bowl campaign did feature a well-known figure, Hillman argued that the goal was to use a notable name to flip the advertising model around to encourage users to do their own research when it comes to crypto. “We want people to fully understand the opportunities associated with cryptocurrency and this simply can’t be done in a 30-second Super Bowl ad.”

Given the fact that Binance’s advertisement was not displayed during the Super Bowl, some may wonder if the message was effective. According to Hillman, this wasn’t an issue, noting that Binance’s official Twitter account ad received 55,000 clicks in the first quarter of the 2022 Super Bowl. “We then pushed it to a number of communities on Reddit and from there, it went viral,” explained Hillman. Even more impressive, Hillman remarked that Binance spent a tenth of what the company’s peers did on Super Bowl advertisements.

What’s next for crypto advertisers?

While crypto companies are ramping up their advertising efforts, it’s important to point out that other forms of marketing are also on the horizon. Although the 2022 Super Bowl demonstrated the impact of cryptocurrency-focused commercials, billboards advocating for crypto, Web3 and NFTs are also being seen more widely.

For example, Christian Hasker, chief marketing officer at Hedera Hashgraph — a layer-1 distributed ledger technology platform — told Cointelegraph that the company is advertising on billboards and using online video ads to cater to prospective Web 3 developers. “We recently ran billboard ads at Denver Airport for EthDenver. The ad campaign was well received and the return on investment exceeded our expectations,” said Hasker. In turn, Hasker mentioned that Hedera will build upon this momentum at other upcoming blockchain events.

Travis Rix, co-founder of SaveArtSpace, told Cointelegraph that Tolokonnikova’s exhibition aims to challenge the mainstream ideas that are currently held. “Women make less than men for the same work in addition to all the other issues women face. We aim to challenge the viewer to change or force for change,” explained Rix. He added that SaveArtSpace has new billboard exhibitions just about every month:

“It‘s very effective, even if people only see one of our billboards for a second, it may stick with them all day. And, if they pass these every day for a month, it may change the way people think.”

Regardless of a company’s advertising choice, DiMassimo warned that crypto organizations that are new to the ad space must have a clear strategy in mind. “Money can be soaked up fast if you are unsure of what you are doing in the ad world. This is still a new and volatile space, and it will be turbulent for advertisers that can’t afford to sustain strategies.” 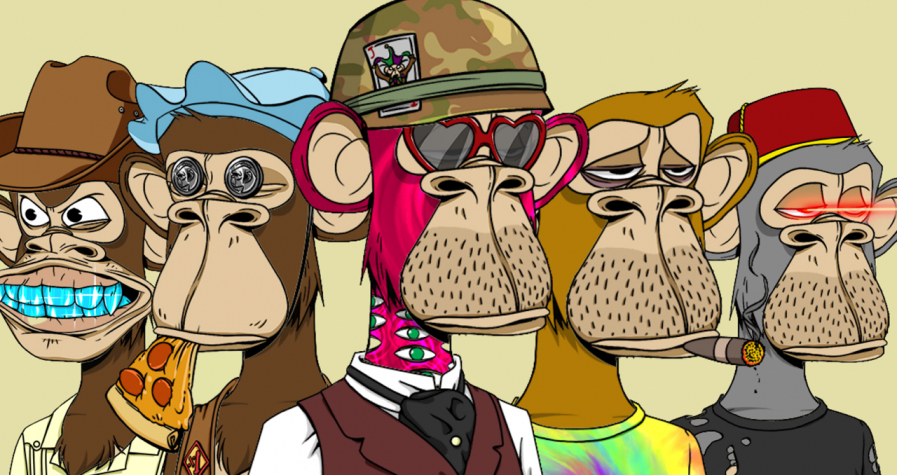 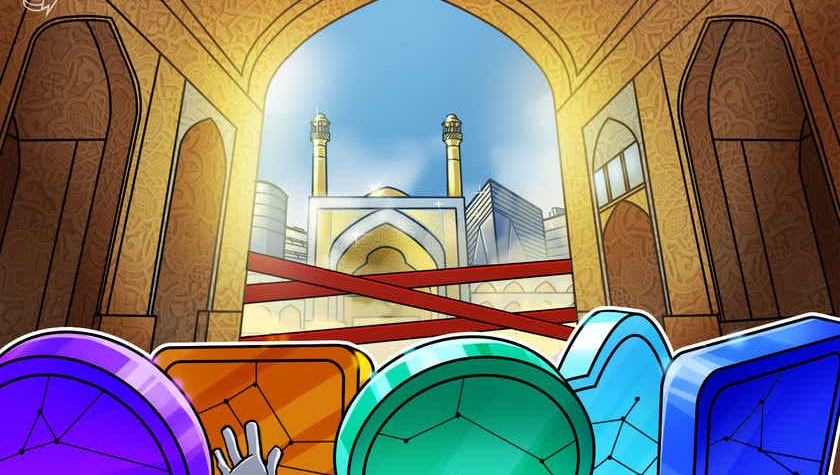