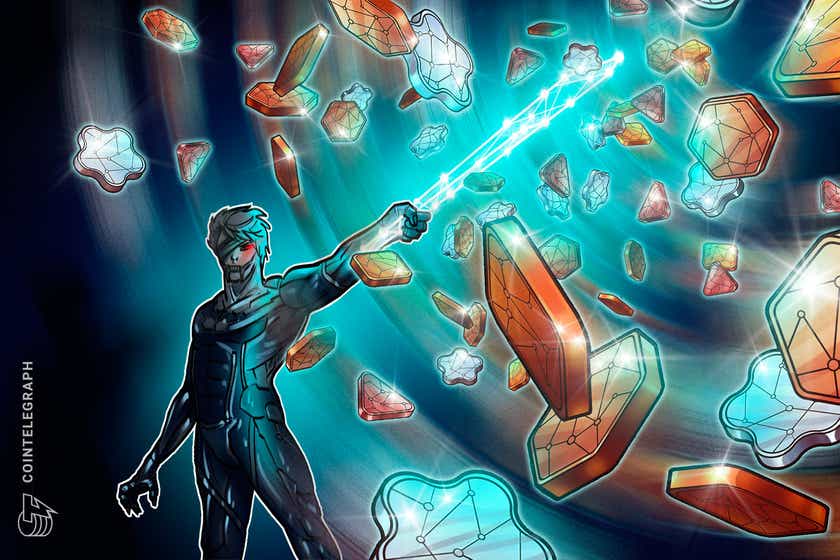 Gamers love digital collectibles, but they aren’t fawning over NFTs. What gives? And what does this mean for the future of gaming?

The business of gaming has changed dramatically since its early days. From basic monetization through the sale of physical and digital copies of games to in-game monetization through microtransactions, the widespread adoption of the internet has caused a pronounced shift in the gaming landscape. While the previous millennium’s video game studios depended on revenue from selling games and gaming hardware, today’s goliaths don’t expect you to buy their games at all.

The business of gaming

Nintendo is a relatively rare example of a large gaming studio that hasn’t delved too deep into the microtransaction waters. Fortnite rakes in around $5 billion per year for Epic Games, and with numbers like that, you can bet most gaming companies are at least investigating the free-to-play model. However, this shift in consumer mindset from deep loathing to moderate acceptance for microtransactions has been a long, arduous process.

Fortnite was far from the first game to introduce microtransactions, but it was one of the first mainstream examples of a live-service game that relied purely on in-game purchases. This came at a time when the concept of microtransactions invoked images of toxic loot-box economies and luck-based purchases that had games morphing into “pay-to-win” ecosystems and as consumers were growing increasingly frustrated with game publishers.

Fortnite flipped the script, pushing microtransactions as a way to distinguish yourself in-game while supporting the developers on the side. They did not affect gameplay, preventing deeper pockets from dominating the games, and served as an excellent way for those with money and appreciation to show it — a sort of vanity-fuelled charity. Sound familiar?

Nonfungible tokens (NFTs) were bound to find their way into gaming ecosystems. From early implementations like CryptoKitties to today’s Axie Infinity, digitally owned tokens are seemingly destined to be coupled with games.

Some of the biggest names in the video game industry are embracing NFTs, and it’s no real surprise. Gaming has never been more accessible than it is today, evolving from a niche consumer base to establishing global pop-culture trends. For decades, gaming collectibles have sold for obscene prices — why should their digital cousins be any different?

From Ubisoft to Square Enix, what’s really intriguing the industry is figuring out the best approach. Some have simply started selling digital items as NFTs, enabling buyers to resell them to other, more eager enthusiasts. Others are attempting to adopt the play-to-earn (P2E) model used by Axie Infinity.

Earlier this year, American video game retailer GameStop announced plans to partner with an Australian crypto firm to develop a $100 million fund for NFT creators, content and technology. In his New Year’s letter, Square Enix president Yosuke Matsuda indicated that the company would like to incorporate blockchain/NFTs into its future releases, but he did not mention any specifics.

Recently, Ubisoft attempted to release a limited-edition collection of NFTs alongside its Ghost Recon Breakpoint game. In a perfect world, this would have been a celebratory moment — one of the world’s largest, most valued gaming mammoths had proclaimed the adoption of blockchain technology. As you might already know, this announcement didn’t quite go according to plan.

Try it in the beta from December 9 with three free cosmetic drops and learn more here: https://t.co/ysEoYUI4HY pic.twitter.com/owSFE2ALuS

According to a report from DappRadar, gaming-related NFTs generated revenue worth nearly $5 billion last year and represented around one-fifth of all NFT sales in 2021. Ubisoft unveiled an NFT project on Dec. 7 — a move that was met with a 96% dislike ratio on its announcement video on YouTube — and two weeks later, it had reportedly only sold 15 NFTs, collectively worth less than $1,800.

“The traditional gaming industry is not going to adopt NFTs in their current state,” Wade Rosen, the CEO of legendary video game corporation Atari, told Cointelegraph. According to Rosen, though blockchain gaming will continue to evolve, there currently isn’t enough tangible utility for players to consider adoption yet.

“NFTs — how they are produced, what value they provide to individual players, and communities of players that form around individual titles — will need to evolve pretty significantly before you can expect to see any widespread adoption within the [traditional gaming] industry. We do see a lot of potential for NFTs and blockchain technology within video games, but not until the definition of an NFT evolves significantly beyond where it stands now.”

It’s not that gamers don’t like the idea of buying NFTs — it’s that they have been marketed as blatant cash grabs. To drive NFT sales, Ubisoft made it absurdly difficult to earn any in-game items for free. Still, some of the most prominent players from Zynga to EA Sports are keeping a close eye on blockchain and how it could impact the business of gaming — an industry worth around $80 billion.

“The reaction to the topic within the industry is binary and visceral, and unfortunately, that just isn’t a good environment for exploration,” Rosen added. “We expect most of the related innovation over the next 12 to 18 months to happen within the more narrow blockchain gaming space.”

American gamers, with an average age of 35, have seen the medium shift from text-based to 2D to 3D to virtual reality multiplayer, all in around two decades.

During this time, the gaming industry has primarily profited from selling entertainment products that offer nothing more than a game. But as soon as you let money flow in and out of a game, you effectively turn its economy into a stock market.

This has led many gamers to feel that — with NFTs and blockchain — studios and game publishers are more focused on creating markets than on engaging, unique and, most importantly, fun gaming experiences.

There is a middle ground for gaming NFTs, one where publishers don’t run blatant cash grabs and the tokens themselves have no impact on the financial incentives of the game. There are countless factors to consider when investigating why adoption rates have been slow, but many are convinced that cracking the case is only a matter of time.

Elliot Hill, director of communications at Verasity — a blockchain-based advertising technology firm — told Cointelegraph that while NFTs are clearly innovative and useful, they lack adequate infrastructure.

“With these hurdles in the rear-view mirror, it’s my view that widespread adoption of NFT technology is now much more likely by major game companies,” he said.

On the surface, video game studios are like software companies: They both hire developers, designers, managers and executives, along with sales and marketing teams, to build and sell a product. However, they serve an entirely different clientele.

The video game industry works some of the longest hours among software-based companies, filling a strange space between the extravagance of Hollywood and the structure of Big Tech. However, with NFTs practically tacking on optional financial services sidequests to video games, the line between work and play begins to blur.

Gaming NFTs exist at an intersection between some of the most fast-paced, high-skill, high-value environments in the world: technology, finance and entertainment. Each of these sectors accommodates all kinds of market conditions and consumer behaviors, and it will take time for them to understand the intricacies of the others.

Sarah Austin, co-founder of NFT and metaverse gaming launchpad QGlobe, told Cointelegraph that NFT games are in their early stages and haven’t evolved much beyond simple GameFi and P2E models.

“Going from AAA games to NFT games can feel disappointing. However, if the player’s motivation is to earn rewards, then they are less concerned with the quality of gameplay.”

According to research from Nielsen, consumers spent over $90 billion on microtransactions in 2021. The gaming consumer market is happy to spend money in-game, but not at the cost of the game itself. The more utility and impact an NFT has in-game, the less important the actual game becomes.

“The GameFi/P2E arena is where the industry is starting — not the end state,” said Atari’s Rosen. “Personally, I am intrigued by the potential for NFTs to allow for more collaboration and interaction between games and among virtual worlds. Eventually, NFTs may become building blocks that allow players and developers to create new, shared experiences.”

However, there are also cultural elements at play. While pay-to-win microtransaction economies are shunned in the West, gamers in the East seem to have adopted them wholeheartedly. Chinese game developer miHoYo’s worldwide smash hit Genshin Impact essentially runs on a luck-based loot-box economy but managed to gross over $2 billion in its first year.

As Square Enix president Yosuke Matsuda previously stated, not everyone plays games just to have fun. Some want to contribute to the games they’re playing, and so far, traditional gaming has no incentive models that cater to these consumers.

There’s certainly a large enough market to warrant the effort, but it seems gaming NFTs, in their current form, are more geared toward attracting casino gamblers than average gamers. NFTs are most certainly coming to mainstream gaming — it’s just a matter of who can figure out the right balance between the finance of gaming and the gamification of finance. 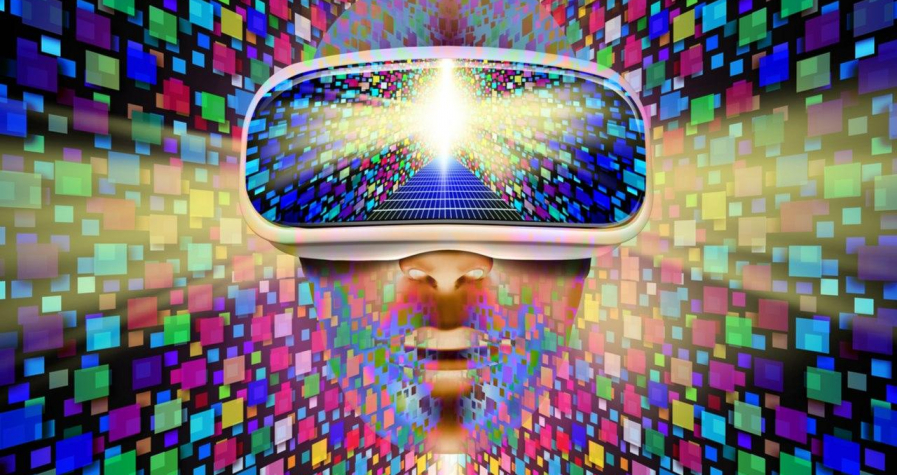 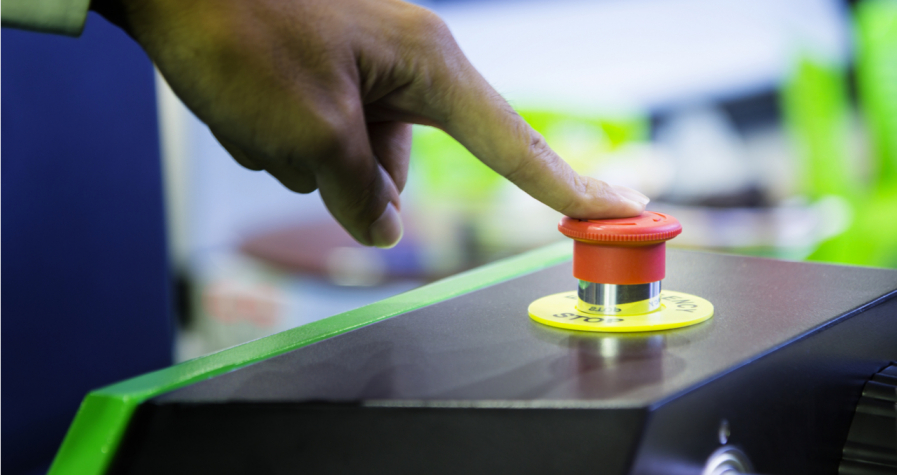