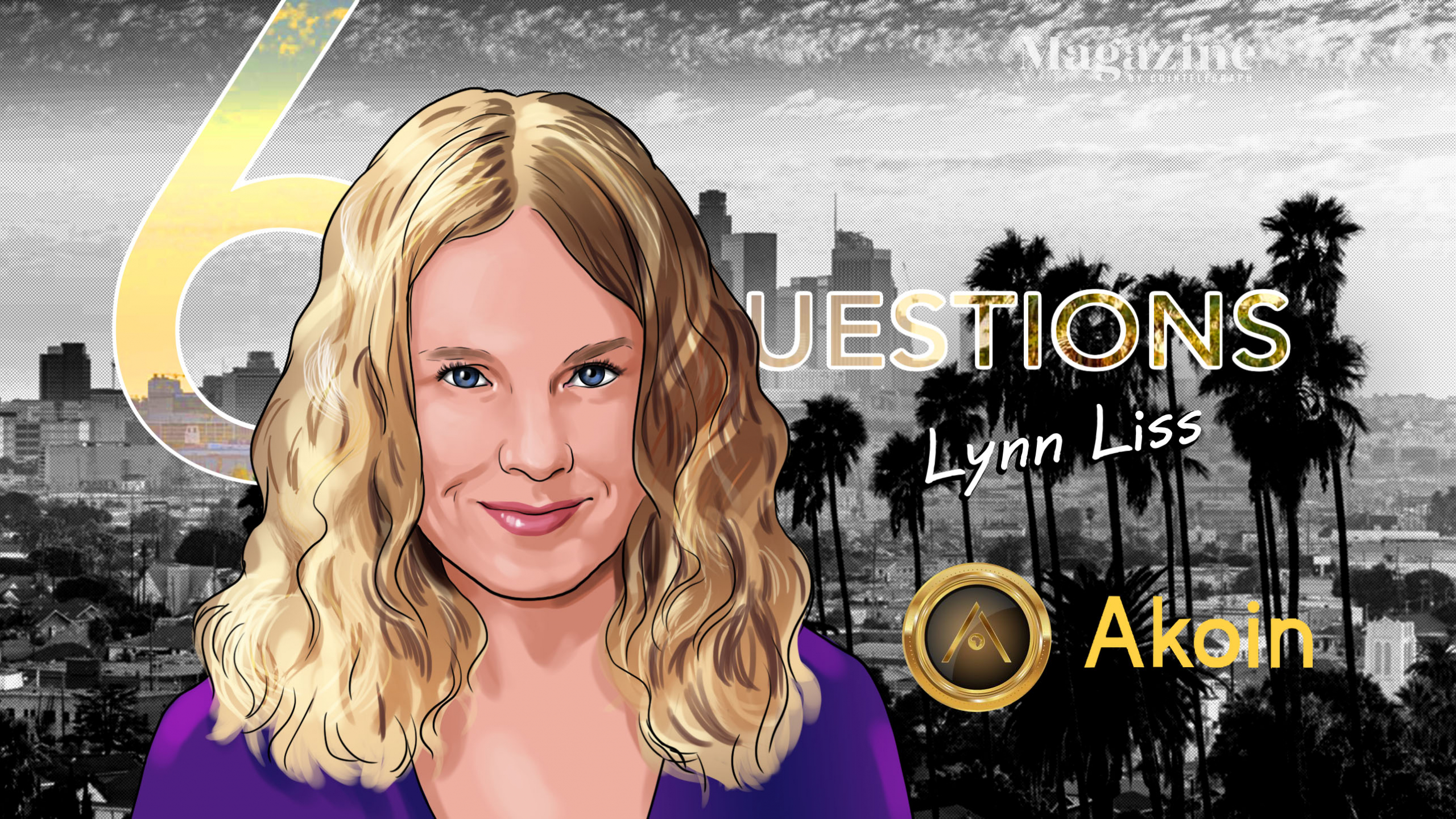 This week, our 6 Questions go to Lynn Liss, the chief operating officer and co-founder of Akoin, a cryptocurrency and blockchain ecosystem designed to empower entrepreneurship and fuel rising entrepreneurs in Africa.

Lynn Liss serves as chief operating officer of blockchain company and cryptocurrency Akoin, co-founded with global leader Akon. She is an operations executive and social impact leader driving financial revolutions, building empowering technology and business models, and forging strategy, partnerships and teams for massive social change. Steering Akoins mission to empower entrepreneurship and financial inclusion across Africa, she brings more than 10 years in the social impact and startup sector to the table as well as another 10 years as a management consultant advising, executing and operating innovative business and financial models for world change with C-level executives at top global firms. Lynn was a first mover in the blockchain for good space, providing executive advice to blockchain companies and new cryptocurrencies and blockchains with a social impact.

1 What kind of consolidation do you expect to see in the crypto industry in 2022?

Well, were certainly in the protocol wars right now between L1s, L2s, and every walk of life in between and around the protocol space. While the idea of interoperability allows many protocols to exist simultaneously, the space wont require the current amount thats being envisioned or is coming to life. That said, having these various models to both technically and financially assess and determine where and how you want to experience them, coupled with the pure competition makes you stronger mentality, causes the platforms to sharpen their approach and platform by the minute. Its beyond thrilling to watch such a race!

We all benefit from the plethora of strong protocol options just getting better and better, including the approach for interoperability simultaneously getting stronger from an industry perspective and how we adopt these tools into our toolset. So, consolidation, yes, but existing together and cross-chain also yes.

Im very encouraged by the sheer number of projects being launched right now. In my opinion, were witnessing a renaissance in the blockchain space where there are no wrong answers. This will not last indefinitely, as is always the case, emerging use cases will render others obsolete, different mechanics will be well-received, while others wont be. This will in turn lead to the next gen of blockchain applications launching with much higher fidelity from a UX perspective as well as strong corporate structures and operational procedures. This transition from experiment to use case as an overarching industry ethos is going to be fascinating to watch in the coming months and years.

2 What will happen to Bitcoin and Ethereum over the next 10 years?

Speaking of walks, I just took one with a friend in the neighborhood who is relatively new to the blockchain and cryptocurrency space, and found myself suggesting that a toe in the water would be to invest in a few of the major currencies and protocols as a starting point via wallets such as Coinbase. Given Bitcoin and Ether are the most commonplace stepping stone for the masses (there are one or two others I added to that list, and Bitcoin is too volatile for my liking), these OG players obviously arent going anywhere, and given the size of the the communities that support them, theyll continue to drive industry innovation along with the new L1s and L2s described above. As others rise up, well see stronger competition and more interoperability with these majors. This is also where most companies first start to consider receiving cryptocurrency for basic payments, which leaves no doubt in making these currencies even stronger and not go anywhere anytime soon.

Whats more interesting to me is which of the up-and-coming L1s and L2s related currencies will rise to the top and begin getting adopted by the lesser crypto-savvy players. My forecast is that when it comes to specific industry lanes (i.e., market sectors such as lending all the way to geographics, like what were doing with Akoin in Africa), many altcoins will rise up into the top 20 and become more commonplace and utilized for everyday activities. This is the place where youll find users who really care about a specific market or space, that want more value and utility then the current offerings provide, and are seeking solutions custom to their needs. These users will become more and more comfortable holding those assets, not from an investment perspective, but from a true utility and daily usage perspective, which is the holy grail.

Doubling back to the original question, the reality is that these main protocols arent going anywhere, particularly as far as Bitcoin is concerned, as it represents the gold equivalent to a store of value on the blockchain. Ethereum, on the other hand, is far more analogous to an operating system than anything else. The benefit of Ethereum is the constant attention to upgrades and usability. While its currently price-prohibitive due to a host of reasons not the least of which being exorbitant gas fees the emergence of L2 solutions enable Ethereum to essentially cannibalize the useful mechanics it comes across while discarding the less useful. As a result, I see Ethereum remaining as the dominant L1 for years to come, with Bitcoin retaining its status as the primary store of value on the blockchain.

Im happy to report that, generally, people are less surprised and perplexed about what the heck that means than two years ago, when the ICO craze was taking the world by storm. While still very nascent, blockchain technologies and cryptocurrencies have found their way into traditional banking, government agencies and fortune 500s, all the way to people holding a few of the major cryptocurrencies. There seems to be a higher comfort level with making basic payments in crypto, there is less perplexion and more curiosity these days. That curiosity coupled with people and major companies willing to dip their toes in the blockchain waters is where major crypto adoption will occur, and were thrilled to be able to figure it out together. This is what gets me most excited to be at that tipping point between an emerging technology paradigm and widespread adoption into industry standard. With that, myself and others, who have been in the space for a long time and want to see this industry grow, enthusiastically take the time to walk and talk the newbies through it. In doing so, you sharpen the story and the pathway, and forge how everyone will find their way into this space some way or the other. This all keeps us excited, and on our toes too!

4 List your favorite sports teams, and choose the single most memorable moment from watching them. If you arent a sports fan, choose a few movies and a moment!

Ask my husband I had to ask him who was playing at the Super Bowl, and we live in Los Angeles. When it comes to movies, anyone who knows me well knows that Eminems Lose Yourself from the movie 8 Mile will be playing at my funeral, (unless we exist in another interdimensional plane by then, but thats for another question). That moment on stage and the lyrics sum it all up.

5 Where do you stand on alien intelligence and the existence of life elsewhere in the universe?

I have no doubt on the existence of life elsewhere in the universe front, so a resounding Yes. For a deep dive on all things alien intelligence and whether weve been visited by such forces here on Earth, youd have to ask my husband, Ira Liss, who is a semi-expert on the matter. I remain openly curious, as with all things.

6 Other than the present day, in what time and in which country would you like to have lived?

I had to really think about this one, from the glamor and sensational music of the 1920s into the 30s coming from the jazz renaissance happening in Paris, to New York in the 40s and 50s with its eclectic literary circles and swanky gatherings. That said, I wouldnt choose to exist anywhere else but my present place and time. One of my favorite sayings is: Yesterday is history. Tomorrow is a mystery, but today is a gift! That is why it is called the present. Many wonderful people have been credited with creating this quote, from Eleanor Roosevelt to Bil Keane and more. This resonates for me on a daily basis, as making the most of each day and the magical energy that surrounds you is truly a gift.

A wish for the young, ambitious blockchain community? 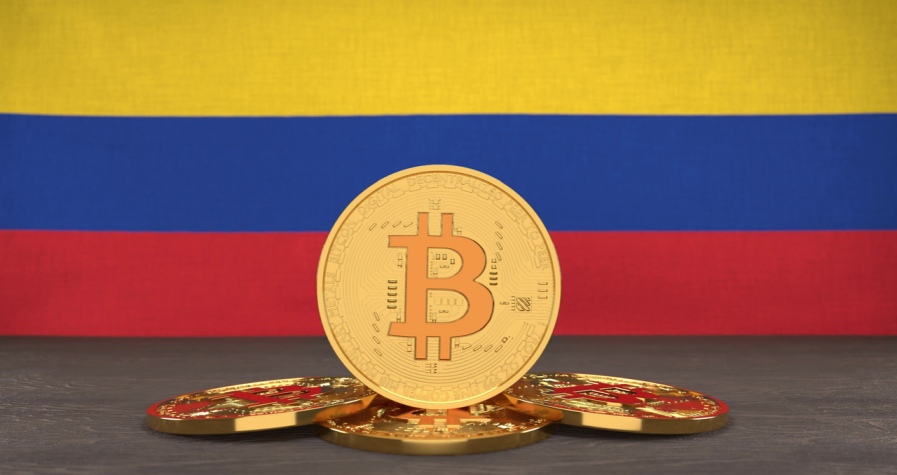 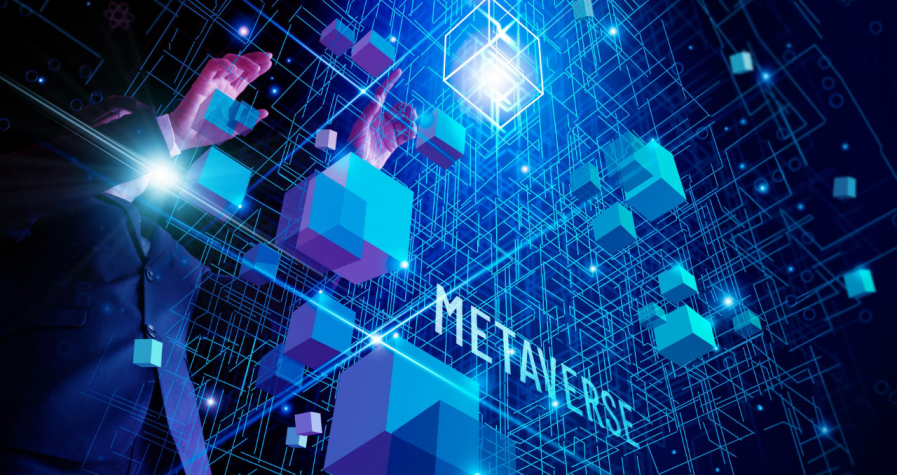 Metaverse Will Be Most Popular Place to Buy, Trade, Store Cryptocurrency, Survey Shows