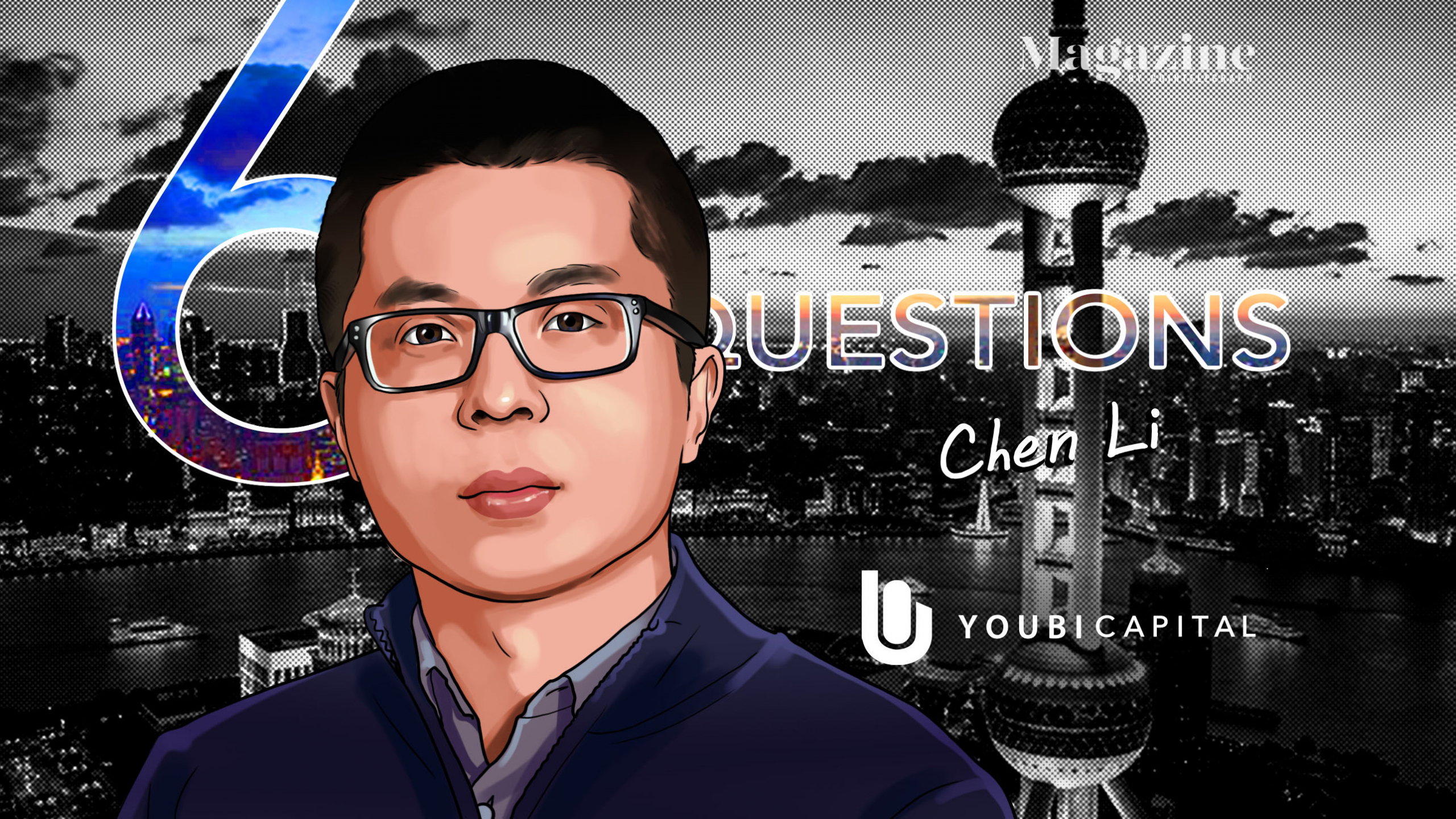 This week, our 6 Questions go to Chen Li, the co-founder and CEO of Youbi Capital, a venture capital firm investing in blockchain technologies and disruptive decentralized applications.

Chen Li is the co-founder and CEO of Youbi Capital. He has a Ph.D. in chemistry and worked as a scientist for Regeneron Pharmaceuticals, where he won two awards for his contributions to developing groundbreaking antibody drugs. In 2015, he was introduced to Bitcoin mining by his roommate in college, then jointly founded Youbi Capital in 2017. Chen built the foundation of Youbis thesis in blockchain infrastructure and led investments in Algorand, Avalanche, Polkadot, Flow, Kadena, Chainlink, Debank and others. He was also an advisor to JP Morgans blockchain team.

1 What is the main hurdle to mass adoption of blockchain technology?

The main hurdle to mass adoption of blockchain technology now is still its infrastructure, specifically, scalability and security of layer 1s. We all saw that the watershed moment for Axie Infinity was not the play-to-earn movement that started in early 2020 but the migration of the game from Ethereum to Ronin in mid 2021, which led to an explosion of players and revenue growth right away.

But Axie was just one application, and can therefore be easily accommodated on a dedicated chain, while for the DeFi protocols which are highly composable and already interconnected we still dont have a layer 1 for the entire set of DeFi protocols to migrate over without starting to jam its traffic. Solana might be the closest to achieving this goal, but it is not horizontally scalable for mass adoption.

There is still a lot to do to lay a solid foundation for the blockchain application.

2 What will happen to Bitcoin and Ethereum over the next 10 years?

Bitcoin has successfully extended the consensus on its asset as a decentralized store of value for everyone from individuals to a large group of institutions in this cycle. It is only a matter of time before it is universally accepted. Furthermore, under the global inflation backdrop, Bitcoin might also have the chance to become a broadly used currency in international settlements. There has been a lot of speculation on the Bitcoin value proposition broken down to its usage in different categories.

In terms of technology, the community has intentionally kept Bitcoins progress at a slow pace to avoid introducing any uncertainty. While I believe that is the right strategy for its use cases, Bitcoin will still be limited in supporting smart contracts over the next 10 years.

Ethereum, on the other hand, is going through much faster reiteration by transitioning to proof-of-stake and potentially sharding in the near future. All EVM-supporting chains are also in the Ethereum ecosystem, contributing value to the base layer. Due to the strong network effect, the Ethereum ecosystem will likely remain as a dominant force in the DeFi space throughout the next 10 years.

I remember when I first talked to outsiders about Bitcoin in 2015 they either fell silent and gave me awkward looks like I was trying to talk them into some kind of scam, or in some cases, enthusiastically challenged me on whether Bitcoin had any value. Bitcoin mining was more of a business that people could understand, but it was extremely rare to find someone that was open-minded about the cryptocurrency itself.

They have much more diverse perspectives on the blockchain industry now. Besides holding crypto in their portfolio, several people are NFT collectors or even landowners in blockchain games. They see blockchain as a technology to issue and transact NFT assets as well as infrastructure for the Metaverse, but are more attracted to NFTs and Metaverses. That is why I am very confident that the Metaverse will be the entry point to the Web3 era.

4 Who makes sense to you, and who makes no sense whatsoever?

There are lots of great products that are carefully designed and reiterated to fit the needs of the users. For example, Binance has a very efficient feedback loop, from customer service to management. As a result, it is able to reiterate its product in the right way and engage a new trend in the market. The Binance team makes sense to me. Polygon, Debank and The Graph are all excellent examples of products with strong product-market fit. All these teams make sense to me and I see lots of potential in the adoption of their product.

5 List your favorite sports teams, and choose the single most memorable moment from watching them.

My favorite sports teams were the Chicago Bulls and Denver Broncos. The most memorable moment was Michael Jordans final shot with the Bulls that won them the sixth championship.

6 Other than the present day, in what time and in what country would you like to have lived?

I wish I had lived in Shanghai, China from 2012 to 2015. That was the first crypto market cycle that I missed. The two major events in that time frame were the growth of Bitcoin mining and the fundraising and initial community-building of Ethereum. They both happened during that time in China.

Plus, China is my home country. I love the food and people.

A wish for the young, ambitious blockchain community:

I wish that everyone in the community can survive the ups and downs, holding tight to their crypto assets. 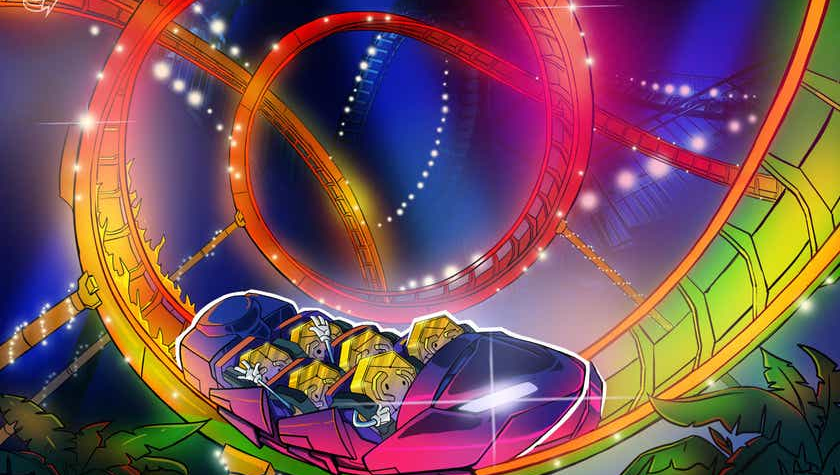 Stacks price plunges hard after rallying 70% in a day — More STX losses ahead? 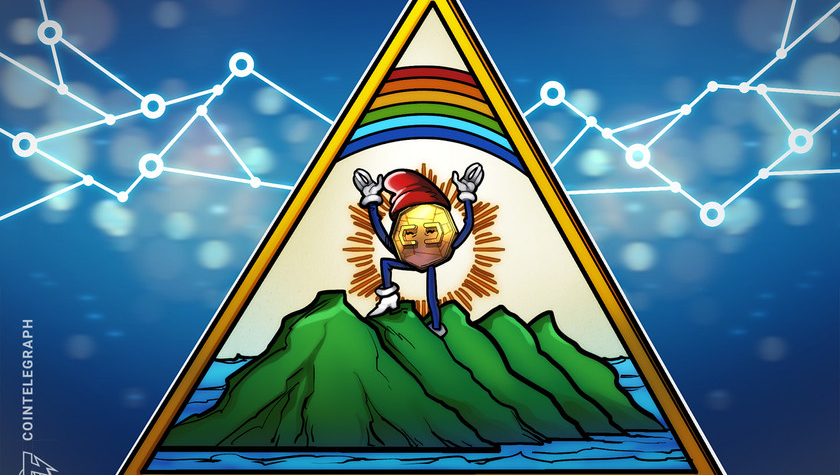